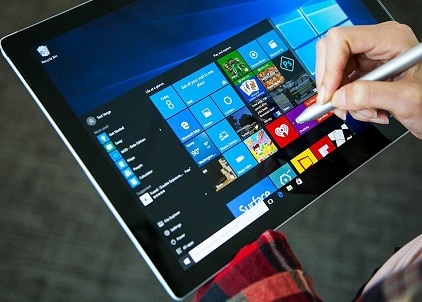 Microsoft has released the second major upgrade to Windows 10 and has recently started rolling it out to PCs worldwide. The new ‘Creators Update’ has introduced a number of changes to Windows 10, both visually and behind the scenes. We have therefore compiled a list of the main things to expect from their latest service pack.

The update tinkers with the look, feel and performance of Windows 10, introduces new features that improve security, privacy and how updates take place, tweaks the virtual assistant Cortana and the Edge browser, and adds a new Paint app for creating 3D content. While there are plenty of changes, many of them seem to be more evolutionary than revolutionary. We have provided details of some of the changes in Windows 10, beginning with the Start Menu.

Information was also recently released which provided an insight into the amount of data and control that Windows 10 makes available to Microsoft. For instance, they can remotely access your PC for data retrieval and have access to keystrokes in certain modes. When Vantage IT installs Windows 10, we will configure it to maximize your privacy.

Changes to Windows 10 Include:

Start Menu – Folders:  The Start menu allows users to group tiles into folders, providing a new way to organise apps. Clicking on these new Start Menu folders reveals a drop-down panel that shows the tiles inside. To create a tile folder, users drag and drop tiles on top of each other.

Hide the Apps List:  If you are not a fan of the Apps List, it can now be hidden behind an icon in the side rail. To do so, toggle a switch in the Personalization->Start section of the Settings app.

Edge Browser – Tab Preview:  The Edge browser can now display a thumbnail image of the website below each tab. The preview bar drops down when the user clicks the chevron icon next to the tabs.

Set Tabs Aside:  As well as bookmarking individual tabs in the Edge browser, users can also set aside all the tabs they have open with a click of a button, so they can be restored from a side menu at a later time. These tabs can also be shared with other apps via the ‘Share tabs’ option in the side menu.

Flash Blocking:  By default, Microsoft Edge will block Flash content running on untrusted websites, with users now having to click to run Flash from these sources. Users will also be able to choose to have Flash always play on specific sites. The move is aimed at improving security, stability and performance and echoes moves made by other major browser makers.

Import From Other Browsers:  Not many people may be moving to Microsoft’s Edge browser, but those who do will be able to choose “Import from another browser” in Edge’s Settings menu. The feature will bring across favourites, browsing history, saved passwords, and other data.

Microsoft Wallet:  To simplify online shopping, Microsoft Edge includes support for the new Payment Request API, which will allow shopping sites to retrieve a user’s payment and shipping information from Microsoft Wallet, providing a user has entered these details into their Microsoft account.

Better Web Notes:  Microsoft Edge now has more options for users who want to draw on or to annotate webpages, with the browser’s Web Notes feature now including the full set of Windows Ink colours, as well as the new slider.

Privacy Overhaul:  The Creators Update introduces a new privacy settings menu, designed to make it easier for users to choose which information they are comfortable being sent back to Microsoft. Upon upgrading to the Creators Update, this menu is presented to users.

The menu makes it easier to toggle off data collection in a range of areas, for example, location data when using maps, voice recordings when using the Cortana virtual assistant or diagnostic information related to what users type and write, and the apps they use.

The new privacy controls will be introduced alongside an option for Windows 10 Home and Pro users to dial back data collection further than is possible today, with Microsoft pledging that Windows 10’s ‘Basic’ telemetry setting will ensure the OS “only collects data vital to the operation of Windows”.

Alongside these changes, Microsoft also detailed what data it collects and launched a web-based privacy dashboard, which lets Microsoft account holders check the data Microsoft has collected about their use of its various services, covering information related to location, search, browsing and its virtual assistant Cortana.

Cortana – Setup Assistant:  In an effort to simplify the process of getting a Windows 10 PC up and running, users can now mostly set up their machine by verbally answering yes or no questions, which are asked by the virtual assistant Cortana.

Swapping between Windows 10 machines and picking up where you left off is also easier. For example, when swapping between a laptop and a desktop, Cortana will display quick links in the Action Centre to Microsoft Edge websites and SharePoint, or other cloud-based, documents that you used most recently.

More Options for Reminders:  Cortana can now be used to set recurring reminders for appointments that take place every month or year. The virtual assistant can also automatically set reminders for engagements mentioned in your email, if you opt in to allow it to scan your Office 365 or Outlook email.

Clearer Notifications:  The look of the Action Centre has been tweaked to make notifications easier to read. Notifications from apps and services can now be subdivided into groups under separate headers, to help users distinguish between messages related to different topics, for instance between Cortana notifications related to emails and those mentioning upcoming flight times.

Apps can now also display a progress bar in the notifications panel, showing information such as download completion.

Smaller Updates:  The average download size of upgrades has been reduced, typically by about one third, due to the OS only downloading the new files each install needs.

Active Hours, the period during which Windows won’t automatically restart to install updates, has also been expanded to an 18-hour interval.

For Windows 10 Education, Enterprise and Pro users, monthly quality updates, for example cumulative security fixes, can now be delayed for up to 30 days after their release to a servicing branch, while feature updates, such as the Anniversary or Creators Update, can be put off by up to 365 days.

There are various security and management features aimed at business, including tweaks to Windows Defender Advanced Threat Protection (ATP), a better Windows Analytics Dashboard for monitoring and managing Windows PCs, and easier Window 7 to Windows 10 upgrades.

Metered Ethernet:  Those worried that Windows 10’s frequent updates are consuming too much data can now restrict downloads over a wired connection. To do so, select the metered connection option for PCs connected via Ethernet, via the Network & Internet page in the Settings app.

Paint 3D:  As reflected by its name, a key part of the Creator’s Update is focused on making it easier to produce art. To that end, the update adds Paint 3D, another version of Microsoft Paint, with a strong emphasis on creating 3D scenes and objects. Users are able to rotate and zoom in and out of these objects, place them at different depths within a scene and alter their colour, transparency and size.

Dynamic Lock:  Another new security feature is Dynamic Lock. This addition automatically locks a Windows 10 PC when the user leaves the machine for more than 30 seconds, which the OS determines by detecting the presence of a Bluetooth-paired phone. However, this feature is already attracting criticism for locking machines when the phone drops its Bluetooth connection.

Night Light:  Using a computer late at night can supposedly interfere with the body’s sleep cycle, due to the blue light emitted by the display.

To counter this, Windows now allows users to lower the amount of blue light emitted from the PC using the Night Light feature. Built into the Settings app, the feature lets users adjust blue light intensity and schedule when the level should be reduced, although there are complaints that the transition happens too rapidly.

Windows Themes:  There are now more options for users who want to add a theme to their Windows 10 desktop. A large number of themes will be available to download from the Windows Store, and themes will be able to be managed via the Personalization section of the Settings menu.

If you are impressed with the new features of Windows 10 and would like a quotation for a new PC or laptop please contact us. It should be noted that a number of the alterations may not be to every ones taste.

As an approved HP and Microsoft Business Partner, our consultants will ensure you get the right device for your needs and provide ongoing support thereafter.