Vantage IT has been working with IT for many years and we recently took the opportunity to look through some of the items we have been given that have found their way in to our museum. One of these items was an 8 inch floppy disk. 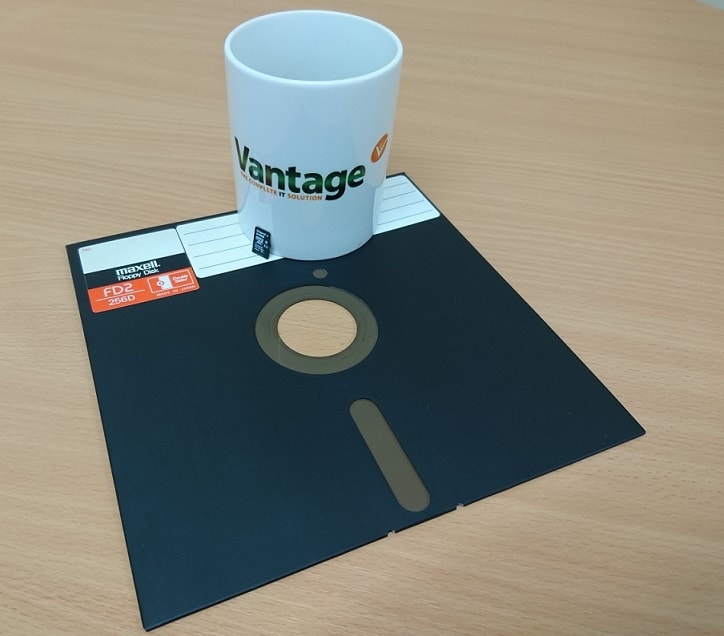 For the younger amongst you, the big square black thing in the picture is the floppy disk and many years ago it would have been used to store data. From the information we have found, it appears to have a capacity of 328KB. Propped up against the mug is a micro SD memory card with a capacity of 64GB. These are the sort of cards you would find in some mobile phones and cameras (and cards with eight times its capacity are available). As an example of how technology has developed, the memory card in the picture could hold the data on 195,122 of the floppy disks!

Some things don’t change though, because the mug can still hold only one cup of tea.

If you would like to see more items from the history of computing, then a visit to The National Museum of Computing in Bletchley is a fascinating experience. The museum is housed at Bletchley Park and they have computers from the recent past but also from World War II, when computers were first used to decipher encrypted messages between Hitler and his generals. Be prepared to feel particularly old when you see computers you used as a child in a museum!